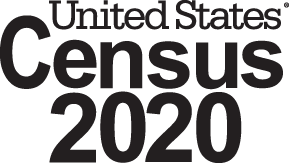 Over two hundred years ago, the first United States Census took place. At that time, there were roughly four million people; today the population has increased to roughly 329 million people.

The census takes place every decennial, which means the next census will occur in 2020. We’re hearing a lot of talk about the importance of the census and why an accurate count is important.

The census, at its highest level, informs us how many people currently live in the nation. Equally important, the census is tied to funding for non-profits and government agencies. This funding supports Medicaid, highways, low-income households, rural communities, older adults and caregivers, to name a few. It also ensures that we have the appropriate representation in our government. That’s why it’s so important to get an accurate count.

Census Day is observed nationwide on April 1. By this date, every home will have received an invitation to participate in the 2020 Census. You should respond to the invitation in one of three ways: online, by phone, or by mail (most contact is by mail). Here are several tips to help you through the census process as presented by AARP:

For more information about the 2020 United States Census or if you have questions, visit 2020census.gov. The Census Bureau website also includes a page on fraud and how to spot census scams by mail, phone, email and home visit.

Shape your future and get counted!