MARSHALL – Alzheimer’s disease is something no one really faces alone, members of a local action group said.

“It’s a condition that affects the whole family. That’s what’s unique about it,” said Jaen Weilage, one of the members of the Marshall ACT on Alzheimer’s group.
ACT on Alzheimer’s was spreading the word to a high-profile audience on Friday. U.S. Sen. Amy Klobuchar visited with the group during a stop on a two-day tour of southwest Minnesota. The meeting was mostly a listening session for Klobuchar, as area residents spoke about their experiences as caregivers for loved ones with dementia, and how local resources and programs helped them. 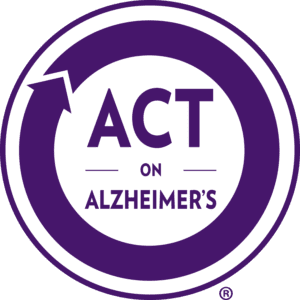 While ACT is working to help Alzheimer’s patients and caregivers, the condition still has a huge impact on families. One of the big challenges local residents talked about was the difficulty of providing the intense level of care that family members with memory loss may need.

“I’d like to see more programs to help caregivers out,” said Kathy Paxton. Paxton is a caregiver for her husband, who has Parkinson’s disease and Lewy body dementia. Good support, and resources like respite care, could help make it easier for people with dementia to live at home, she said.

Local programs, like adult day care, and educational resources have been a big help, caregivers said. Margaret Swanson said her husband has dementia, and taking classes through ACT and senior college have helped her in caring for him.

Just being able to connect with other caregivers, who know what you’re going through, is also helpful, the women said.
“I like the (memory) support group that meets once a week” in Marshall, Swanson said.

“They become your friends,” Paxton said.

Since 2013, ACT and other area support organizations have also worked to educate the community about Alzheimer’s disease and dementia. ACT has offered classes on making businesses more “dementia-friendly,” and training for emergency responders. Madsen said making more people – especially young people – aware of what it’s like to have Alzheimer’s or dementia can help them interact with those who have it.

Madsen said even accommodations like having “family” restrooms in public places can help make life easier for caregivers and family members who may need help going to the bathroom.

ACT team member (and MNRAAA Program Developer) Jamie Lanners said she hoped the program will be able to continue offering resources in the Marshall area and even other communities.

Lanners said the group was happy to meet with Klobuchar. “I think it’s a great opportunity to have her here, because we’re a rural community,” Lanners said. Lanners said she hoped Klobuchar would take the group’s needs and suggestions back with her to Washington.

By Deb Gau, Marshall Independent
(Reprinted with permission from Editor)

2017 MEDICARE COST SHARING
Scroll to top Sign Up for Emails